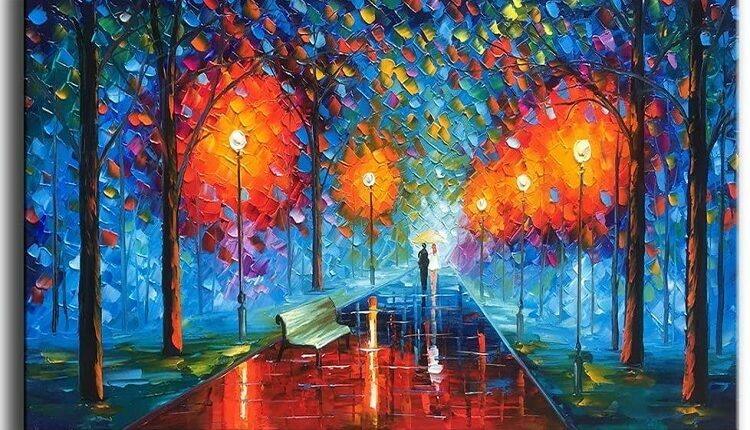 Finding an exact definition of Art is somewhat difficult, but finding a definition of Contemporary Art is even more complex, since the modern concept of art could be called all that manifestation of human activity (not subject to specific rules) that it is expressed in a subjective, unique and irreproducible way of something real or imaginary.

Another salvageable concept understands art as the manifestation of the mind, of human intelligence, by which creativity is expressed in order to establish communication between the artist and the observer, trying as far as possible, the transmission of feelings and sensations.

I am not a therapist nor am I a spiritual leader, but these elements are found in art: it is therapeutic, spiritual, social and political, everything. It has many layers. If you don’t, then forget about it, ”said Marina Abramovic, one of the most important figures in contemporary art.

Historically, expressions of the plastic arts are considered to be actions carried out by 3 specific types of artists, including works by painters, sculptors and architects.
Today, plastic art is characterized by including all those forms of art whose final objects or works are tangible, that means that they are real and can be seen and / or touched. The modern concept of art allows us to incorporate into the definition of plastic art not only classical expressions of art but also new forms. They could be called modern, of artistic manifestation. Among them are, for example, all those generated by computers (digital art) or with any other unconventional element.

“The core of art is catharsis.”

On the other hand, Contemporary art develops from the poststructuralist theory which has coined the term “postmodern”, since from that theory the impossibility of continuing to create from the precepts of originality and novelty (elements typical of modernity) is glimpsed. This type of practice begins with the work of Marcel Duchamp (source 1917) and his questioning of the institution of art.

But this thought began to expand and take seriously from the 1970s to the present day with the rediscovery of the work of Duchamp and the Dadaists of the early twentieth century at the hands of artists like Robert Rauschenberg’s theorists like Rosalind Krauss and the whole poststructuralist school, who put this thought into the international mainstream.

However, academically, modern art is located between 1870 and 1960, approximately. While contemporary art emerged — tentatively — in the 60’s and continues to this day.

Perhaps, rigorously, art does not have an objective — at least not a utilitarian one — but it does have a meaning; a “what for”. Abstract wall art had it, not unique and universal, of course —because all the avant-gardes followed a different discourse—, but all sought to communicate “something” to the receiver; whether they were complaints about feelings, positions about the world, and so on. On the other hand, contemporary art can dispense with a meaning and present itself without a “what for”.

The theme of subjectivity is present in all the avant-gardes. Especially in surrealism; the contributions of psychoanalysis opened the door to human subjectivity, to the search for the unconscious and the need to express it. In contemporary art, on the other hand, states of consciousness are not the central theme. The expression goes far beyond the subject; Yes, he questions it, but he goes beyond it, making his themes a universe as varied as the number of artists who perform it.

Extravagant, confusing, weird … but be that as it may, the avant-gardes had a manifesto with which to delimit themselves. The Dadaists with Tristan Tzara, the Futurist with Filippo Tommaso Marinetti, the Surrealist with André Breton. In contrast, contemporary art lacks discourses that define it. There are no common guidelines or styles, there are no well-established currents from which to anchor or disagree.

How Art Connects with Mental Health

How Do You Find the Best Curtains?

What Makes Blinds So Important?